Get StartedResourcesAboutContactPrivacy PolicyTerms of Use
Home
Get in Touch
Menu
Solutions 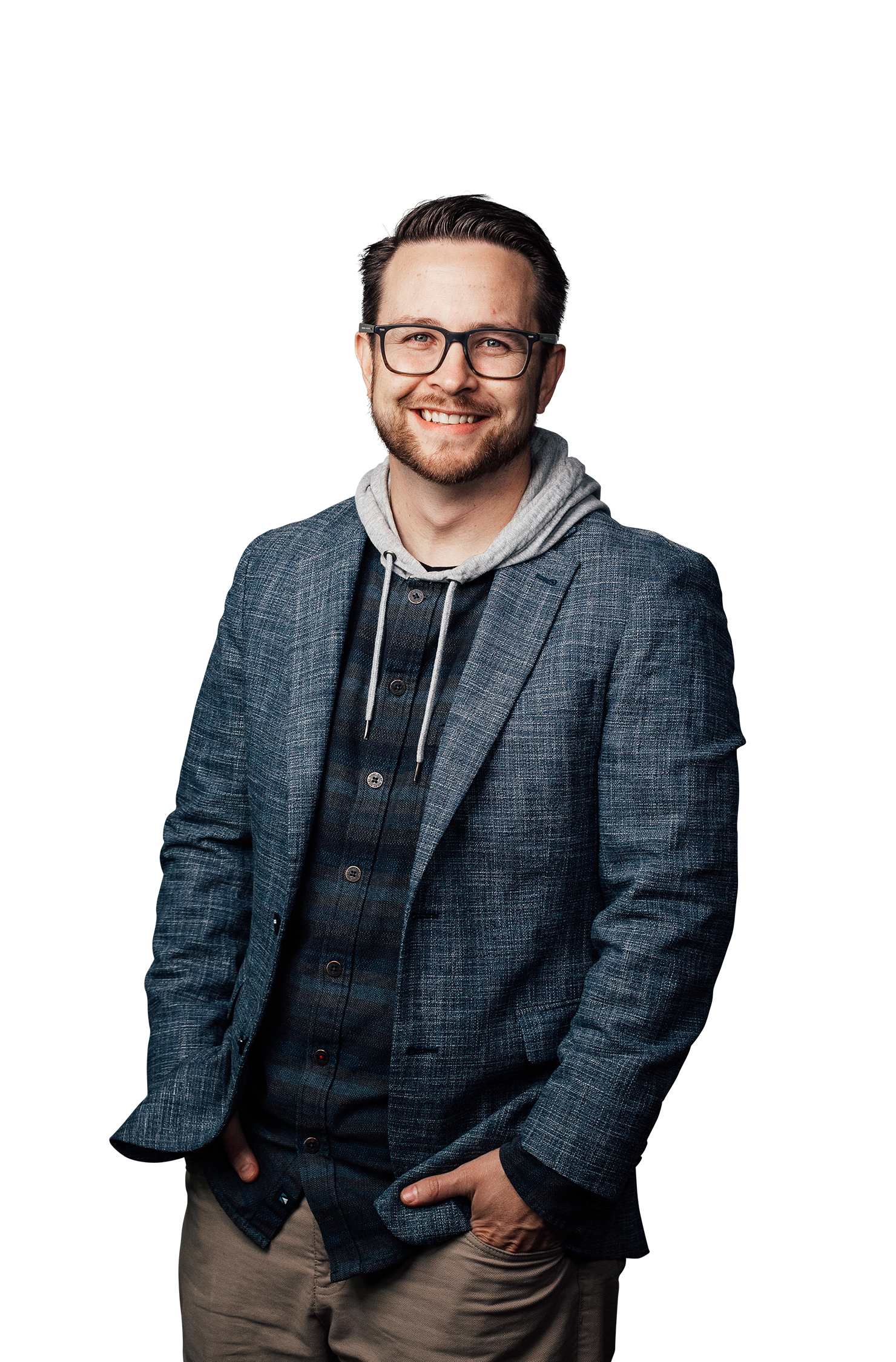 By:
Jason Jensen
Back to Blog 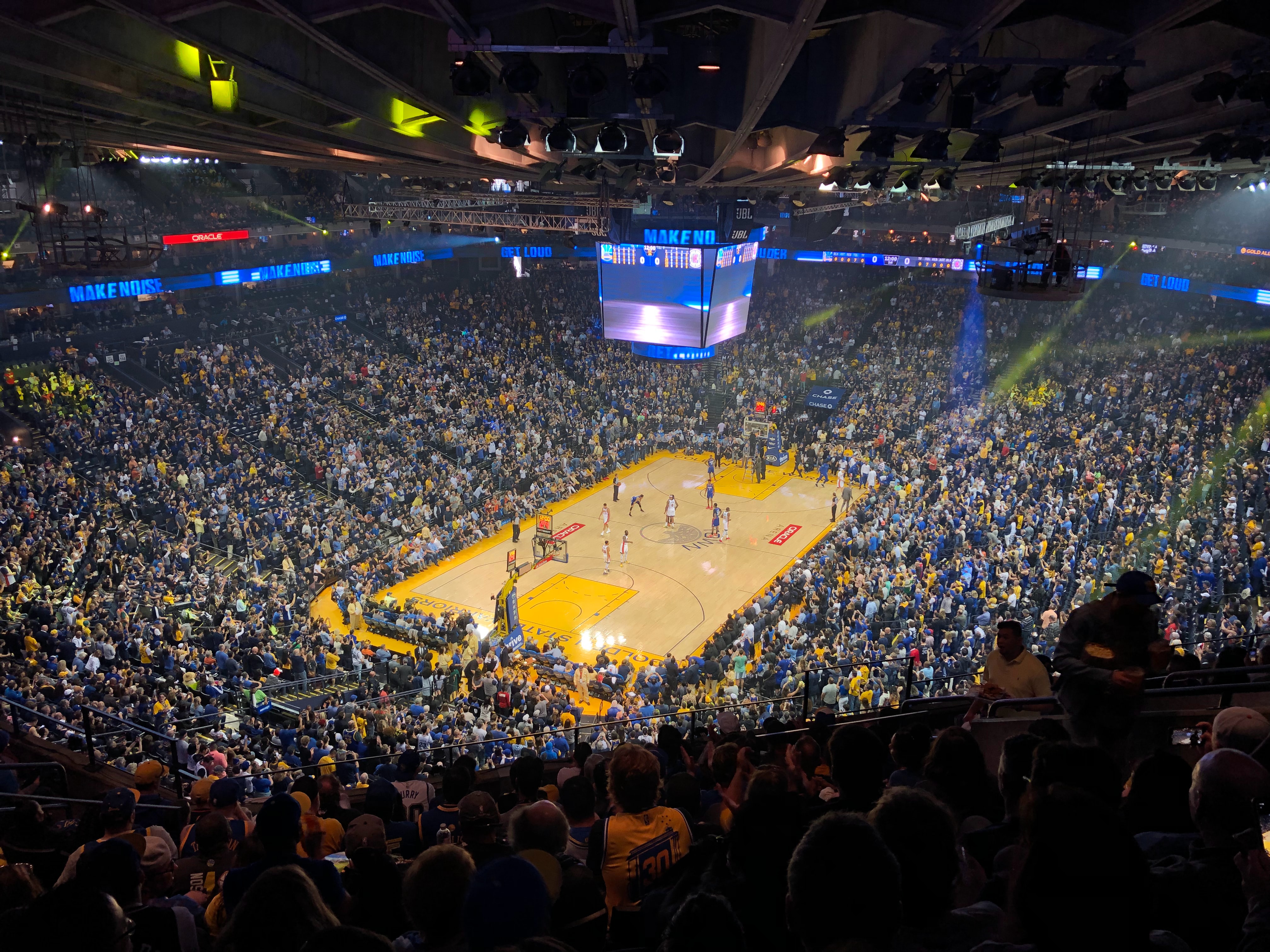 How? It’s because of Stephen Curry, the team around him, and the philosophical shift they made to emphasize shooting three-pointers instead of two’s.

What’s surprising about him being the one to have shifted the game so dramatically is that he doesn’t have the athleticism of Michael Jordan or Kobe Bryant, or the explosiveness of Lebron James or the physicality and size of Shaquille O’Neill—all of whose playing styles dominated the league in their day. Instead, he is the best shooter that the game has seen so far and his ability to shoot from long range has made his team’s scoring ability a difficult force to contend with.

So what does the game of basketball have to do with us? It’s an analogy for what’s possible for the Church right now and how seeing the game differently can change the ministry landscape we find ourselves in.

Here are the five principles that made it possible for the game to evolve and can in turn, change the impact of the Church in today’s world.

There’s freedom in letting go of a path that won’t work.

Three pointers are worth more than two-pointers. That’s obvious. But shooting a basketball from further away is harder than close up. The only way it is worth it is if you can score at a similar percentage of shots. You get a 50% higher return per shot made because three is 50% more than two.

We’ve seen games like baseball and poker revolutionized by math but to capitalize on the difference between a three-pointer and a two-pointer required confidence and commitment to a different way to play the game. Steph Curry had to learn that skill because he loved the game of basketball but did not have the markers to do well in a game that is dominated by taller players than himself. He has always been one of the shortest players on his team and this is a huge disadvantage in basketball. So he learned how to trust in his gifts of hand-eye coordination and game intelligence but he had to develop the skill of a quick release shot and exceptional ball handling.

Here is the point I am trying to make: no matter how hard he tried Steph Curry was not going to be exceptional if he put his effort into being a “two-point player”. He had to find a way to bring a new type of value to his team.

As I’ve been reflecting on this I’ve realized that if Steph Curry was taller and more athletic the game of basketball would probably not have changed. Because of his disadvantages, he’s had the freedom to risk to find a new way of playing the game.

When it comes to the current ministry context we have serious disadvantages. As many may be aware of, this is our scenario:

The Church is no longer seen as a moral authority in society and in many circles it’s seen as a hindrance to human freedom. The draw of the world is more powerful than ever with happiness being promised by every brand and product. Who we are and what makes us come alive is hotly contested by every type of ‘ism’. Political power aligns less and less with the heart of the gospel. And on and on. We can’t keep playing the game in the same way we have been. We are no longer the tallest or strongest players in the league of culture. We need to let go and focus our game on making the harder shot. We need to focus on the skills we have to drain the long ball. If we do, we will probably find the freedom to impact people in new ways we never have before.

Steve Kerr took over the head coach role at the Golden State Warriors in 2014. What he brought to the role was a keen understanding of what it means to be a champion. He played with Michael Jordan under the coaching of the great Phil Jackson where he won three rings and went on to win two more rings as a player with San Antonio.

He also understands the power of the shot beyond the arc as he holds the record for the best three-point shooting percentage in NBA history at 45.4%. In many ways, Steve Kerr was the ideal coach to unlock the genius of Stephen Curry. He knew the principles of winning and had an openness to see how the game could evolve. In 2015, Steve Kerr and Steph Curry led the Warriors to their first title in 40 years. They went on to win one more in 2016 and one in 2017, proving it was not a fluke and revolutionizing the league in the process.

There are leaders today who have led well in an era that is fading away. They are leaders in the Church who understand the power of the gospel to transform lives but can also see that our times have changed. These leaders need to be looking for anointing in the Church that comes in surprising packages. Anointing that’s committed to seeing the gospel come to life and the work it takes to see that happen. The anointing that understands that Jesus declares that “My grace is sufficient for you, for my power is made perfect in weakness.” Therefore I will boast all the more gladly about my weaknesses, so that Christ’s power may rest on me”  (2 Corinthians 12:9)

Don’t expect it to be easy.

If you watched the 2009 NBA draft when Stephen Curry gets drafted in the number 7 spot to the Golden State you hear the audience booing. The GSW fans were declaring that they were not convinced because he was too small and too slender. Even when all Curry heard were boos, the look on his face is one of confidence. For whatever reason they were booing, he now had a shot of being in the NBA. He would have to hold that resolve because the negative commentary was an ever-present part of his early career. One analyst after the draft said that he was, “far below NBA standard in regard to explosiveness and athleticism … At 6-2, he’s extremely small for the NBA shooting guard position, and it will likely keep him from being much of a defender at the next level.”

Even when they were having a great season and postseason, former NBA star and commentator Charles Barkley said, “[t]hey’ve had a terrific season. But I don’t like jump-shooting teams. I don’t think you can make enough jumpers to win four series in a row. I’ve said that for 25 years, not just now. I think you physically manhandle them inside.” Even after they won the 2015 season Barkley said that if the other team had been healthy they would have won instead. Only after the Warriors won their second championship did Barkley admit that a team geared towards 3 pointers can be a winning franchise. “I said jump-shooting would never win a championship. I was right. Congrats, now you have won two."

For those of us in ministry, we have to get comfortable with the idea that until a new model of ministry has a track record of bearing fruit and is well established, commentators are going to be slow in admitting that a new way is effective in bringing people to Jesus. Until it becomes the new normal, people are going to call a new ministry model bad, wrong, insulting, anti-gospel, etc., even if in reality, it’s just new and feels risky and yet effective in our modern context.

It’s not because a new model wants to change doctrinal beliefs or teachings of the Church. We must continue to proclaim the same kerygma but in a new way for the sake of others. And it’s scary.  People fear it because it’s uncomfortable and it creates insecurity by stepping away from the things that used to work. Press on.

New opportunities will start showing up.

So what happens when someone starts draining three-pointers like they are on a video game? They get guarded and the defense shifts to neutralize the offensive threat. Double teams and other alternative strategies from the other teams created new opportunities for Stephen Curry to move the ball into better scoring opportunities than he had before. His creative adaptations made room for others to aid the cause and thrive alongside Steph, like Kevin Durant, Klay Thompson, Andrew Wiggins, and Draymond Green.

When we live life the way God made us, we attract others into the mission that want to support us and also come into their own genius as well. There will also be times when people we hoped would support and believe in us don’t but there will be others who will come and join us and make things possible that weren’t possible before. Like having the gospel declared in unexpected places like the edges of a pair of marquee basketball shoes.

I haven’t followed the NBA in years but this year my 8-year-old son and I started watching and cheering for the Warriors. What attracted us was the joy with which the team plays the game. I can talk about the on-court dances after making a big play, the excitement from the bench when they make a critical play, or just the fact that they smile a lot. But there’s one story that illustrates their contagious joy best and it all started as a bet among teammates, becoming a unique pregame spectacle: the tunnel shot.

After the warm-up, Steph Curry walks towards the dressing room, stops, and turns round in the tunnel to set up for a shot. In fact, a 52-foot shot (10 feet further back than a half court shot). He asks the security guard to pass a ball back to him and he attempts to make the super long shot. It’s so popular now that when they play on the road, other teams have started letting their fans come into the stadium earlier so they can witness the fun.

It’s a good reminder to all of us to make room for the little things that bring us joy. Especially as we try to love people well and build up the Kingdom. And in this work of proclaiming the Gospel, when we stay focused on our love for God, it will bring out joy unlike anything else. It’s these things that change the atmosphere around us and invite the presence of God in a new way.

Stephen Curry has changed the game. He’s awakened the possibility in a generation that can see themselves as the next NBA star not by being able to dunk but by being able to shoot 3’s. Kids everywhere are practicing to shoot from behind the line.

The same is true of the Church. In a world where the Church is the underdog, we have to start looking at new ways of proclaiming the gospel. There are possibilities waiting to be unlocked. People don’t even realize what they have to offer can change everything and are waiting to be called up.

I pray that others would have the same kind of confidence to trust in what they see as a new way to win people to Jesus and His Church. That leaders would bless them to do so and give them the freedom and guidance to make a serious impact on the coming generations. That new people would join their efforts and attract others through joy to do the same.

When that happens, the Gospel will become irresistible to a generation that is craving to see the love of God.

Start Now
Tilma was created out of the desire to help the Church go from maintenance to mission.

We’d love to hear from you.